Nineteen-year-old Nick Salihamidzic, the son of Bayern Munich sporting director Hasan Salihamidzic, has made a revelation on Instagram.

In his post, the youth team player showed various messages of disgust sent to him by strangers after the Bavarians’ Champions League elimination against Villarreal.

The hours and days following Bayern’s elimination were anything but pleasant as some fans, like they have on other occasions, took their frustration out on social media.

The unjustifiable messages sent to Salihamidzic’s

“You are cool but your father failed his job and should leave Bayern,” said one of the more mild-mannered messages, with several others calling the Salihamidzic family “dogs”.

“F**k you,” read others, while some called for Julian Nagelsmann to be dismissed.

“Please tell your dad to f**k off from this club and go apologise to Hansi Flick,” read another, while one more said “tell ur father to sack Naglisman right now or I f ur mum [sic]”. 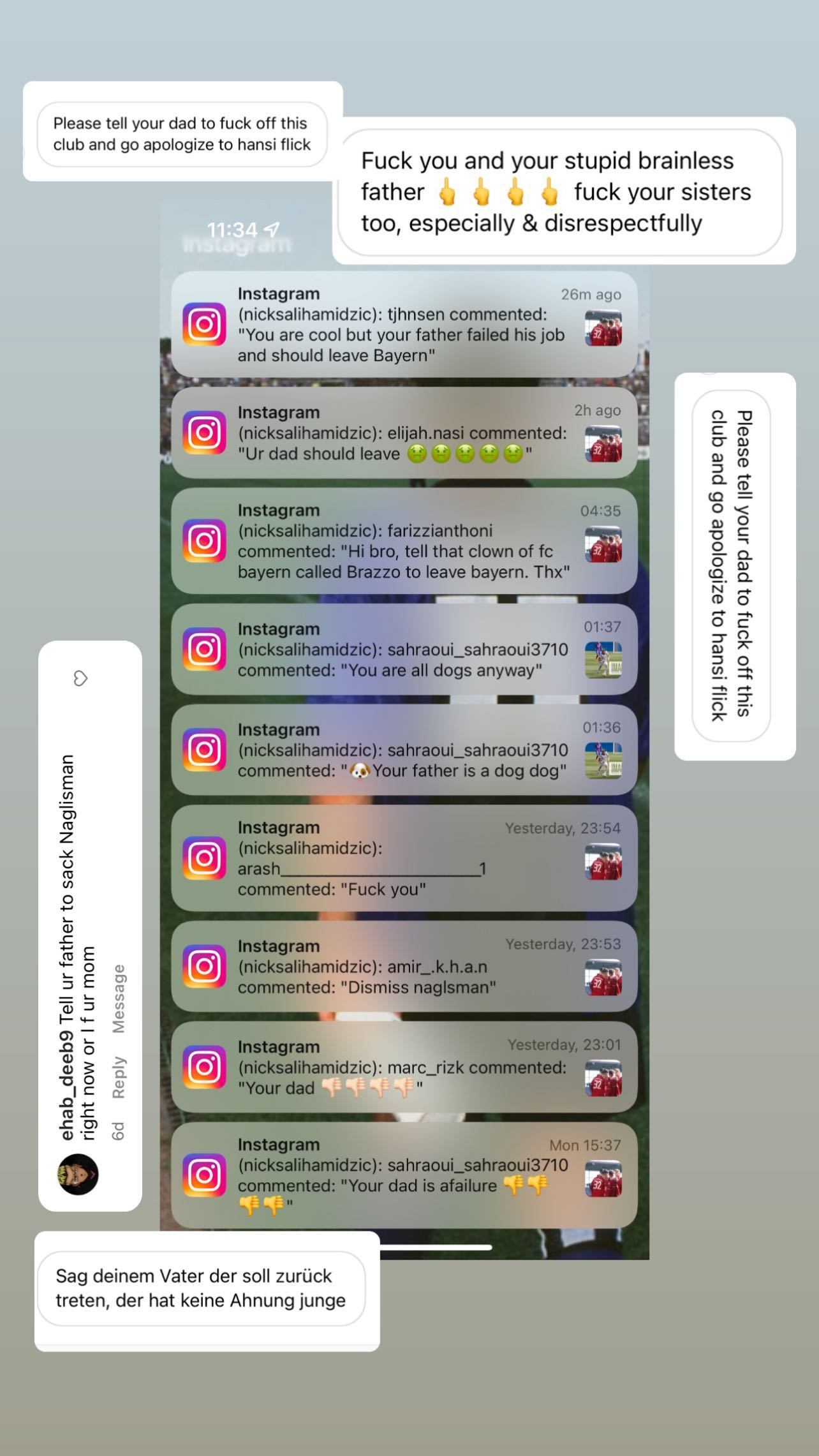 “It’s crazy how quickly you ‘fans’ change your minds,” the teenage Salihamidzic wrote.

“It’s crazy how every time things go right it’s never my dad but every time something goes wrong you blame him and terrorise our family with comments and messages.”

As Bild explained, Salihamidzic’s son has previously shared hate messages that had been directed to him on social media. On that occasion, the fans lashed out at his family because Bayern’s sporting director did not extend the contract of former coach Hansi Flick.