Former Ghanaian International Derek Boateng has visited the Black Starlets at their Cape Coast training ground to motivate and encourage them to let go the past and focus on the next match against Togo.

The former Getafe and Dnipro midfielder was at the Cape Coast stadium on Monday to spend time with the team and to share a few words motivation with the players ahead of the next match on Friday.

Derek Boateng didn’t play at the U-17 level but represented Ghana at the FIFA World Youth Championship in Argentina 2001 – where the Black Satellites finished behind the host after losing 3-0 in the final.

The Black Starlets lost 4-2 to Nigeria in the opening game of the tournament and need a win against Togo to progress to the semi-finals of the competition. 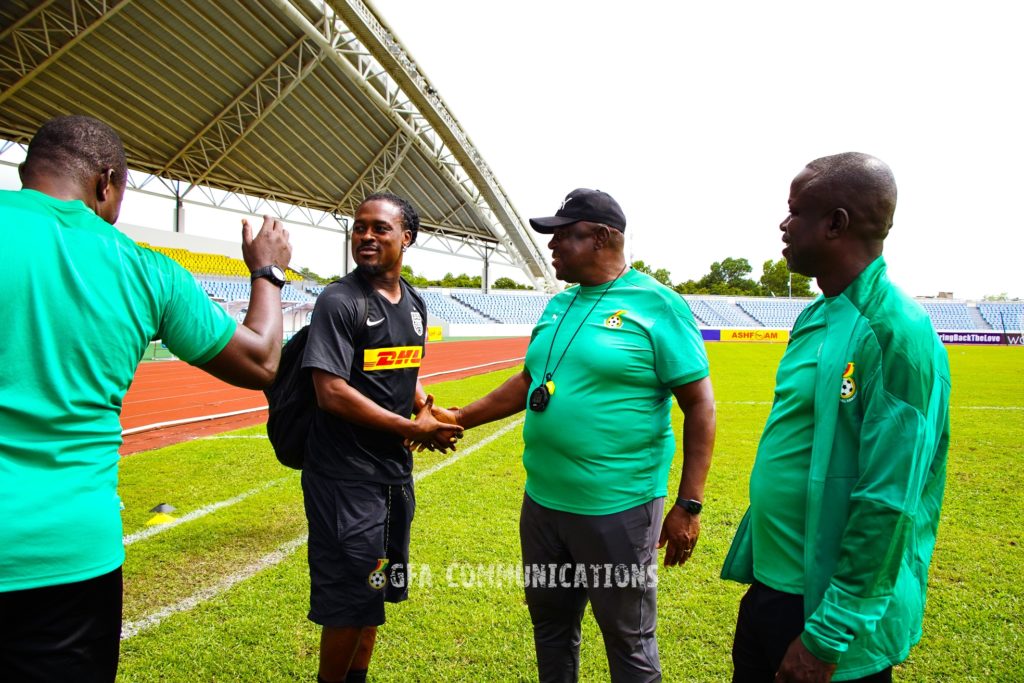