Nkoranza Warriors had a day to forget on Saturday when they were piped 1-0 by leaders Nsoatreman FC on Match Day seven of the Division One League.

Samuel Ofori scored the only goal of the match to give Nsoatreman all the spoils as they stretched their lead on the League log to 17 points after seven match days. Nkoranza Warriors went into the game with 9 points – 5 points adrift of the leaders who hitherto had won 4 and drawn 2 in their first six matches of the season.

Nkoranza Warriors snatched a point from Berekum on Match Day 6 as they came from behind to draw 1-1 against Arsenal at the Golden City Park.

Earlier on Saturday, Young Apostles extend their unbeaten run to six matches but failed to grab all the points against Brong Ahafo United at the Coronation Park as they played out a 0-0 stalemate. The result leaves them in third place with 11 points – six points off the top. 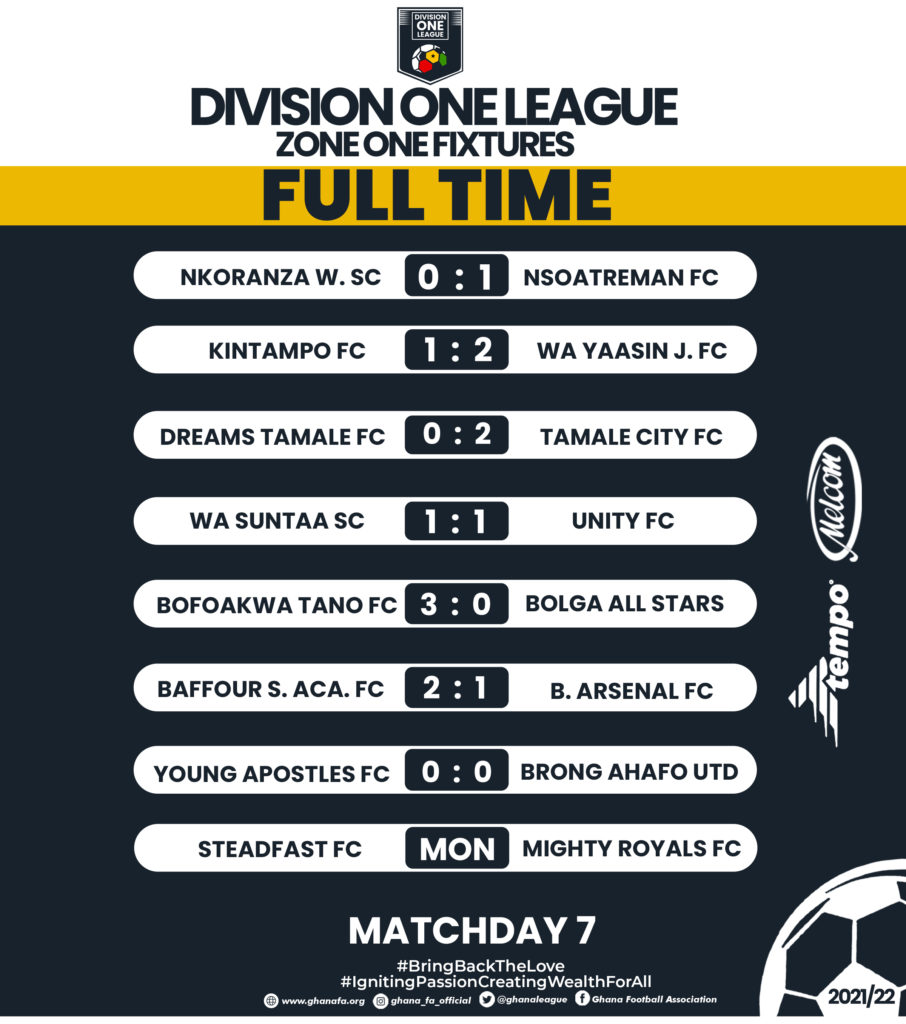 In the Tamale derby – Dreams Tamale were condemned by Tamale City at the Aliu Mahama stadium as the newly promoted side suffered a 2-0 defeat at home.

Bismark Asare and Emmanuel scored for Tamale City to trake them to within a point from the top. Tamale City have amassed 16 points and sits 1 point behind leaders Nsoatreman FC.

Dreams Tamale have now gone four matches without a win despite starting the season in an explosive manner.