The Ligue 1 heavyweights are understandably reluctant to part with a world-class talent amid ongoing links to Real Madrid.

Paris Saint-Germain are reportedly preparing a contract offer for Kylian Mbappe that will make him the highest-paid player in world football on a deal worth well over £500,000 a week.

According to The Independent, the proposal would see Mbappe offered a wage of over £500,000 a week – and it could even be closer to £1 million a week.

As things stand, the World Cup-winning France international is due to hit free agency in the summer, with a four-year stint at Parc des Princes set to be brought to a close.

Speculation is rife regarding supposed moves elsewhere, with leading sides across Europe keeping a close eye on the 22-year-old’s situation, but PSG hope that a prized asset can be convinced to commit to a lucrative extension and the Independent claims that a record-breaking deal is being readied.

One of the most sought-after talents on the planet has continued to play cards close to his chest when it comes to big decisions on his future.

He has never closed the door on PSG, but admitted after a transfer window closed in the summer of 2021 that he had pushed for a move elsewhere in order to help generate the biggest fee for his services.

Rumours have continued to rage since then, with Mbappe telling Movistar of his plans after netting a match-winning goal against La Liga suitors Real Madrid in a heavyweight Champions League last-16 encounter: “I’ve not decided my future.

“I play for Paris Saint-Germain, one of the best clubs in the world. I give my best and then we will see what happens next season.”

The Ligue 1 giants are understandably reluctant to part with a prized asset and have stated on a regular basis that they believe fresh terms can be thrashed out.

That stance was reiterated by sporting director Leonardo ahead of a meeting with Madrid, with the Brazilian looking for a global superstar to see out his playing days in Paris.

He told El Larguero: “I don’t think such an important decision will depend on a match or a tie. He is an intelligent, mature boy, with a tremendous capacity for analysis and always knowing what he wants for his career and his future.

“Hopefully he spends his entire career at PSG, which would be a very good sign for us and the club. For me he is a player who is in the top five of the world without any doubt.” 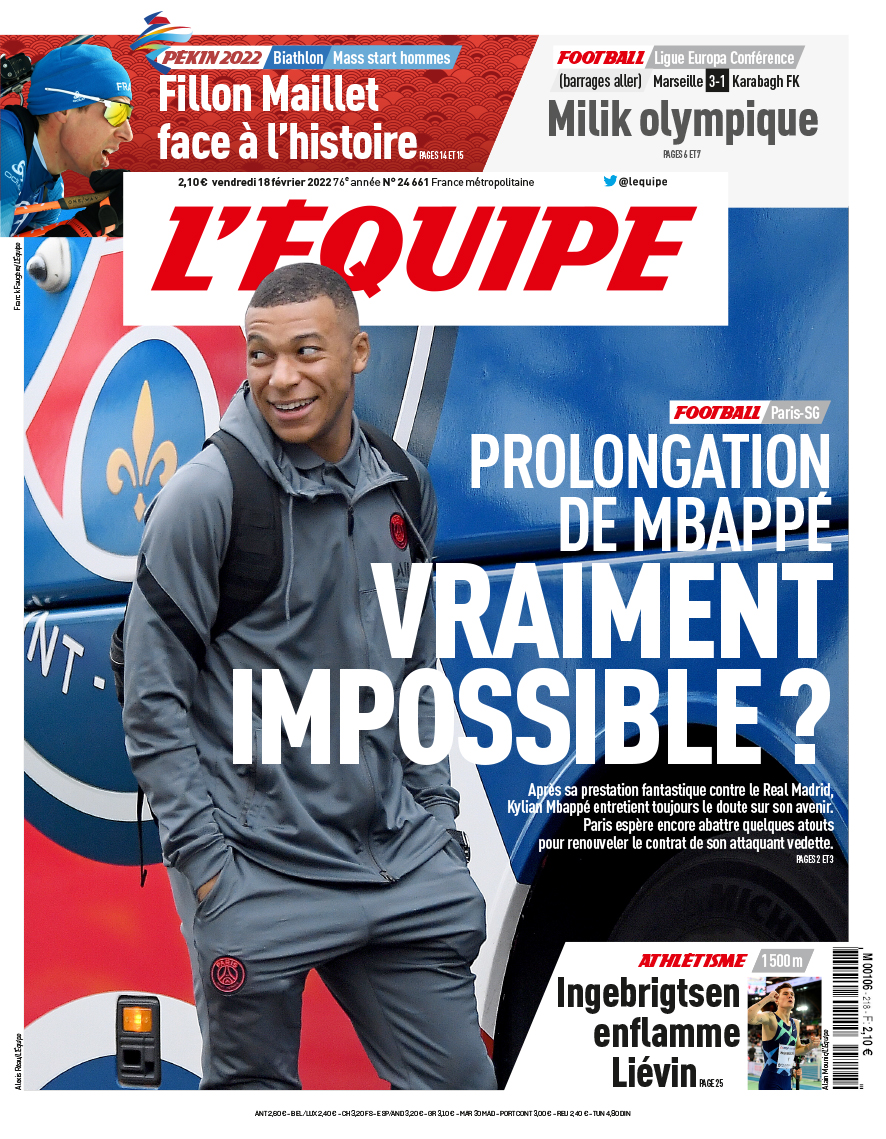 Which teams have been linked with Mbappe?

While PSG are refusing to throw in the towel, gossip linking Mbappe with an imminent move to Spain has become impossible to ignore.

Real Madrid have never hidden their interest in the French forward, having initially tried to lure him to Spain from Monaco when a new challenge was last taken on in 2017.

The Blancos are forever in the market for new ‘Galacticos’ and have been in a position to open pre-contract talks with Mbappe since January – having previously tabled a €220 million (£189m/$260m) bid in the summer of 2021.

There have been suggestions that Real could turn their attention towards Borussia Dortmund star Erling Haaland if no progress is made in their pursuit of PSG’s talisman, with Premier League giants Liverpool reportedly ready to step in if the Liga leaders walk away.

I look up to Messi and Mbappe, says Berekum Chelsea forward Mezack Afriyie