Africa : Rigobert Song is the new head coach of Indomitable Lions of Cameroon

Former captain of the Indomitable Lions Rigobert Song has been appointed by the Minister of Sports as the new head of the Cameroon national team.

Following the high instructions of the Head of State, a press release signed by the Minister of Sports and Physical Education, Narcisse Mouelle Kombi, announces this Monday, changes at the head of the technical supervision of the Indomitable Lions.

So, Antonio Conceiçao and all his staff are fired. The Portuguese technician is replaced by Rigobert Song. The former captain of the Cameroon national team having been chosen by the president of Fécafoot Samuel Eto’o. 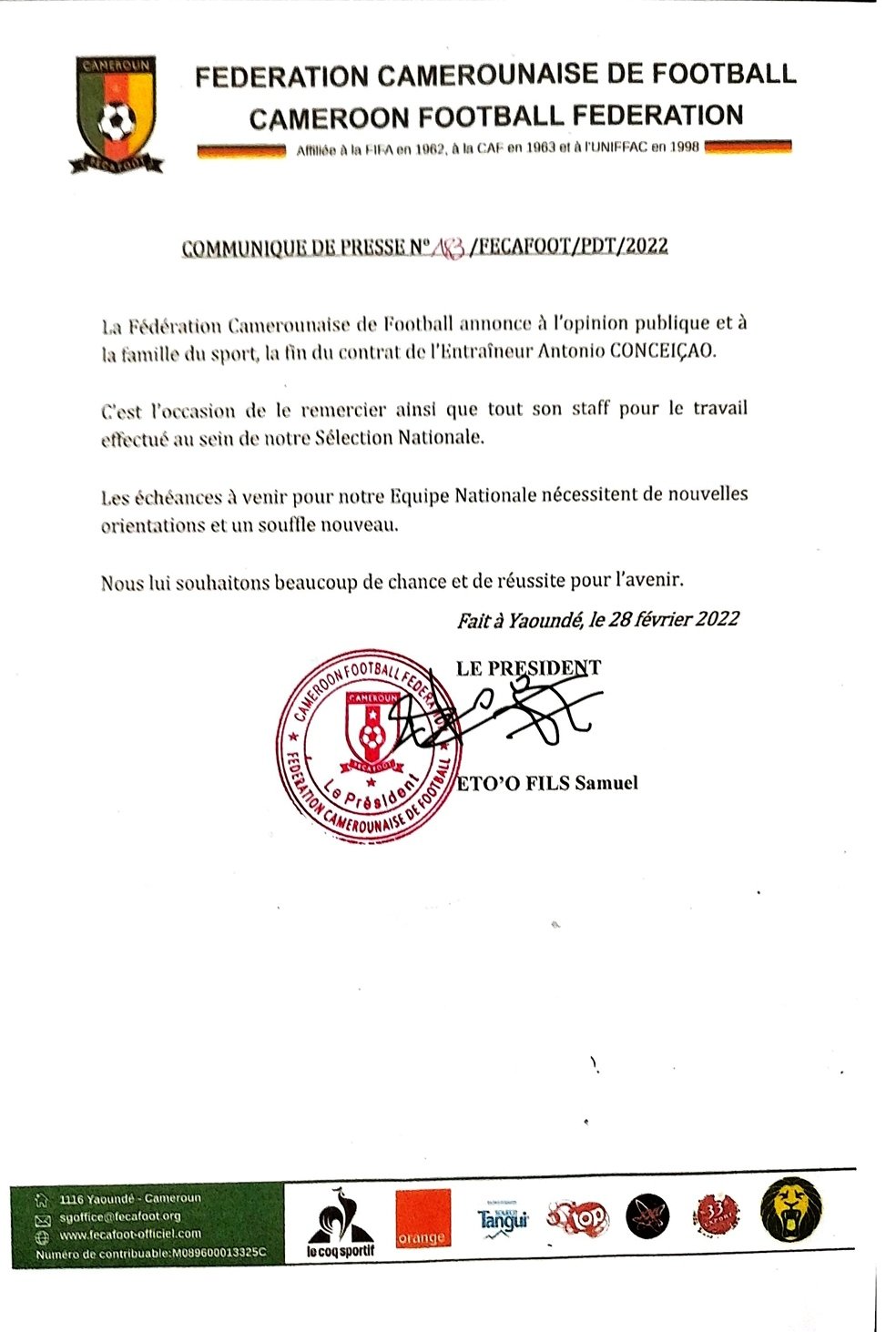 Here are the new technical staff of the Cameroon national team :

The immediate task of Song is to qualify Cameroon for the 2022 FIFA World Cup in Qatar as the hosts of the 2021 AFCON play against Algeria in the play offs later this month.