BOMBSHELL : Koulibaly had his phone stolen at Senegal’s Presidential Palace during AFCON celebrations

There is good news for the Senegalese Kalidou Koulibaly of Napoli who had phone stolen at the Presidential Palace of Senegal but it has finally been found.

Disappeared during the welcoming ceremony of the Teranga Lions on Tuesday by President Macky Sal, the player’s device ended up resurfacing on Wednesday.

The news had somewhat taken some shine off the celebrations in the country following their first ever AFCON glory.

The African champions had to deal with a number of mishaps after their triumphant entry into Senegal. Loss of human life due to a stampede, loss of equipment, so many things that had somehow spoiled the joy of the populations. 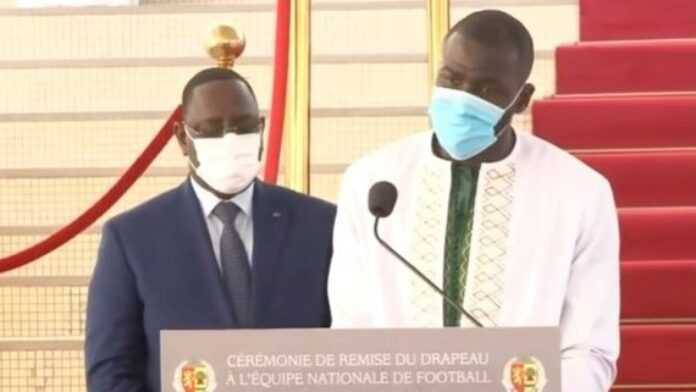 Fortunately, Kalidou Koulibaly’s mobile phone was found in Colobane, by the Research Section, according to our colleagues from Seneweb. It was already on sale, according to local media reports. For the moment the police has not found the thief.

The Lions of Teranga had indeed been received by the Senegalese head of state at the presidential palace during which the said telephone of Koulibaly disappeared.