Spain : Martial joins Sevilla on loan till end of the season

Sevilla FC and Manchester United FC have reached an agreement which will see Anthony Martial, born in Massy, France on 5th December 1995, join the club on loan until the end of the current season.

The club have completed a major signing and have strengthened their attacking options, with the player able to play either as a striker or on either flank, preferably on the left, where he can cut inside. 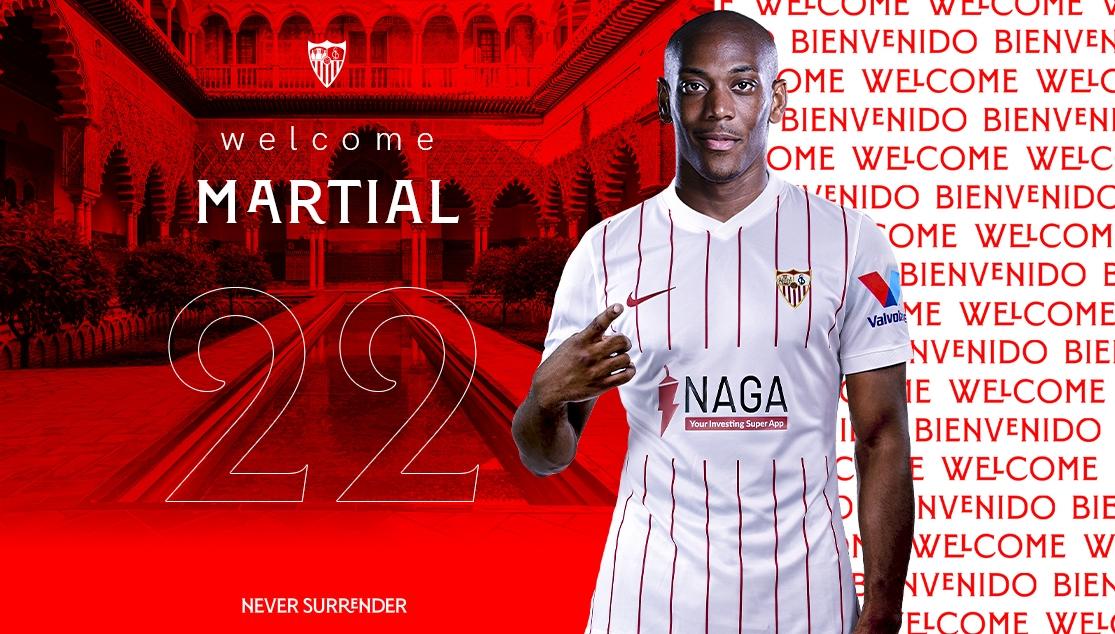