FIFA president Gianni Infantino took part in a panel discussion on the FIFA World Cup Qatar 2022, entitled “Sport as a Unifying Force” at the World Economic Forum in Davos on Monday.

Ghana will play at the World Cup finals in Qatar and has been put in the same group as Uruguay, Portugal and South Korea.

Amir H H Sheikh Tamim bin Hamad Al Thani the Amir opened the session with a speech noting that his first participation in the World Economic Forum comes in a very special year for Qatar as it is going to host the FIFA World Cup, which will be the first major sport event with full attendance after the devastating pandemic.

The Amir expressed his happiness that this tournament will unite the world and bring the people back together again, noting that it is also the first time that the Arab world will host such a major event. He pointed out that the region has suffered for so long, and hosting the World Cup will give hope to the youth across the region, in addition to making the lasting contribution to the world.

H H the Amir underlined that the impact of such sport event is not limited to fun, but goes far beyond that to achieve mutual understanding between different cultures and different backgrounds.

H H the Amir noted that the people of Qatar and the region are excited to showcase their hospitality and the ancient culture of the Arab world.

At the conclusion of his speech, HH the Amir said that the FIFA World Cup Qatar 2022 is a journey of hard work, determination and tireless effort. He looked forward to welcoming everyone to Qatar, wishing the best for all teams participating. 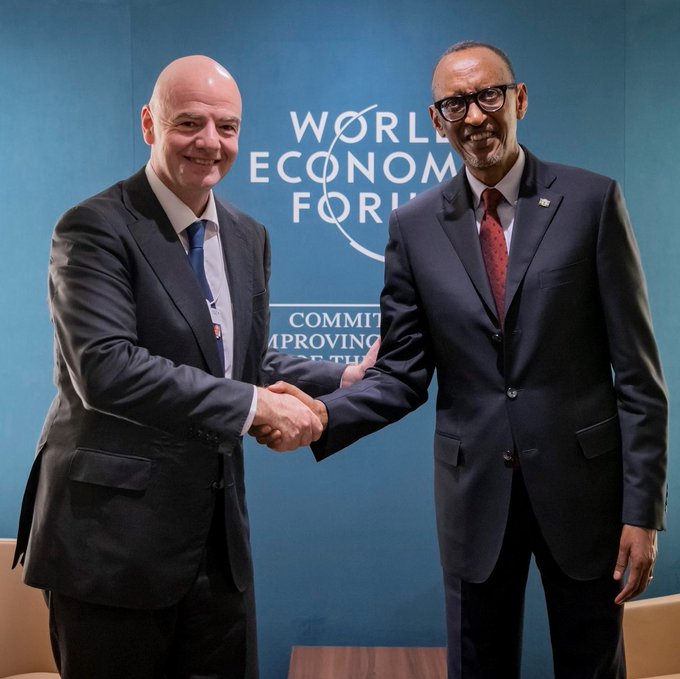 FIFA President Gianni Infantino said that the 2022 World Cup in Qatar is expected to be watched by 5 billion people around the world.

Speaking at a panel discussion titled “Sport as a Unifying Force” at the World Economic Forum in Davos yesterday, Infantino said:

Infantino reiterated his long-held belief in football’s ability to heal and unite on a global scale, using the upcoming FIFA World Cup Qatar 2022 as an example of an upcoming opportunity, after the pandemic and global conflicts have isolated and divided people around the world.

“Mandela was saying that sport can change the world, that it can inspire, that it unites, and he was right with that,” Infantino said.