Ashantigold defeated Great Olympics by 1-0 at the Obuasi Len Clay stadium during the Week 15 of the Ghana Premier League as Stephen Banahene scored the only goal of the game.

Banahene scored in the 54th minute as the game failed to produce too many chances. 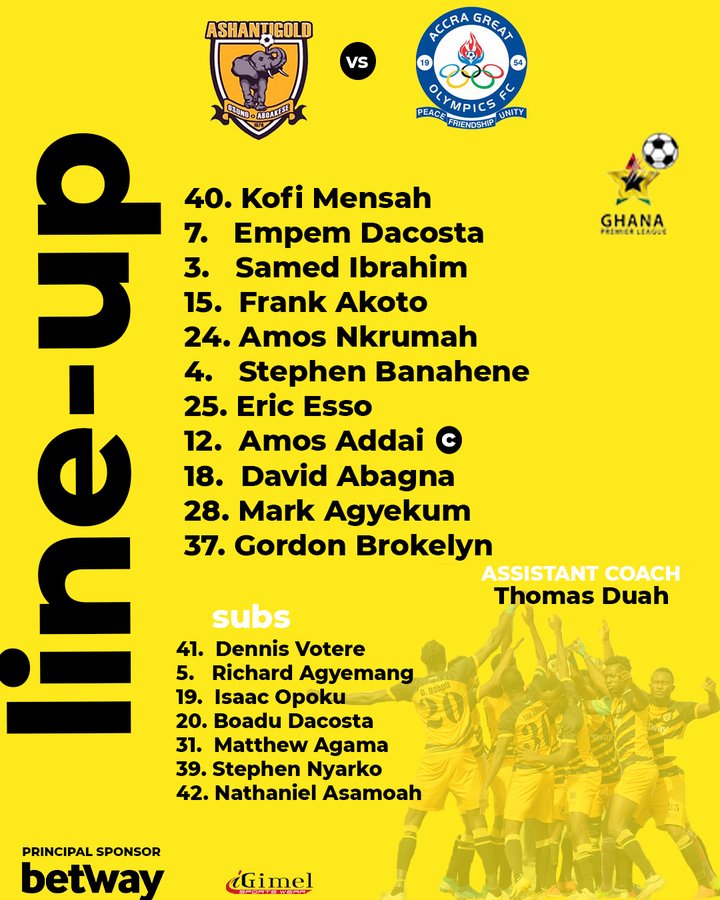 Caretaker head coach Thomas Duah was in charge as he oversees a first home win since taking over in the interim following the departure of their expatriate coach.

Free-agent Christian Atsu confirms he will leave Europe next season