Eleven Wonders and Asante Kotoko shared the spoils during a Week 18 fixture in Techiman on Saturday as Fabio Gama and Samuel Boakye scored for their respective teams in the 1-1 affair.

The Brazilian scored his first ever Kotoko goal with a brilliant right footed volley as early as the 6th minute of the game but Eleven Wonders refused to lag their visitors at half time.

A pass was intended for former Kotoko captain Amos Frimpong – now at Wonders – but he was overcrowded by the Kotoko midfield as the ball fell to Gama who first controlled the ball on the chest to let the ball bounce off the ground before unleashing a powerful volley with his weaker right foot.

The home side kept on pushing to score and were rewarded in the 40th minute as workaholic striker Samuel Boakye headed home from a Rashid Mohammed cross to bring the game at 1-1. 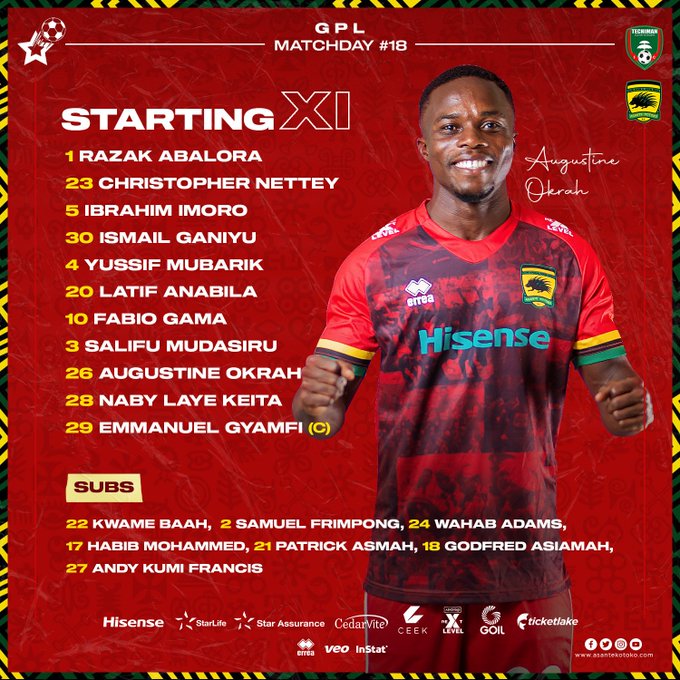 The home team created the more dangerous opportunities in the second period and they were largely the better side of the second half as Kotoko created almost nothing.