Feature: 40 years and counting; when cometh the AFCON glory?

Tick! Tock! Tick!. The clock is ticking. The journey for the search of another continental glory is imminent. With 5 more days to commence another Africa Cup of Nations competition, Ghanaians have automatically calculated the number of years it has taken the senior national team to win their AFCON title after last doing it in 1982 in Libya.

It’s been over 40years since the Black Stars won the tournament. It is very factual that Ghana is one of the most consistent teams in the last seven tournaments making six semi-final appearances, 2 finals in 2010 and 2015 where they lost to Egypt and Ivory Coast respectively.

The Black Stars have become perennial underachievers with what many describe as elusion of luck to annex the title despite the team’s dominance. Ghana were on the verge of breaking the duck in 2015 when the competition was hosted in Equatorial Guinea but threw away the advantage after the Ivorians had missed their first two spot kicks following a drawn game after the regulation time. 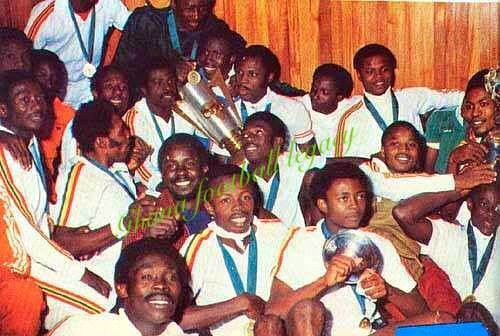 In the last count, coach Milovan Rajevac has gotten 13 out of the 30 man provisional squad in Qatar for the pre-tournament preparations. Understandably this is the tournament in recent years that has seen Ghanaians with low expectations from the team ahead of the competition. It could be that the team is lacking the array of big name players like the generation between 2008-2017.

Apart from Arsenal’s Thomas Partey, Leicester City’s Daniel Amartey, the Ayew Brothers and Mubarak Wakasu, Ghanaians seem to have less confidence in the rest of the players to deliver the gold for the country. That even culminated in the uncertainty surrounding the answer the gaffer gave in his press conference about Ghana’s chances of winning the AFCON. It could also be the reason why the team’s departure for the training tour didn’t see the usual pomp and pageantry send-off ceremony.

In the previous tournaments, you could see officialdom from both government and the Football Association declaring the team’s target for the tournament but same can’t be said about this one. In my opinion the public declaration of target expected to be achieved by the team puts pressure on them to deliver and also increases the nervousness of some new players.

This will be the second edition of the expanded version of the competition. It used to be a 16 team tournament until it was increased to 24 meaning countries would have to play seven matches to win the tournament instead of the usual 6.

Statement of intent can only be made if the Black Stars are able to account for Morocco in their opening game before Gabon and less fancied side Comoros to advance to the knockout stage. One will not be wrong to say the large silence by Ghanaians on the team and expectations could be a good omen for Ghana to lay it hands on the holy grail.

Ghanaians have been starved for far too long. The taste for AFCON glory is so high to the extent that most soccer fans in Ghana are ready to forfeit Qatar 2022 World Cup qualification for the African title.

Ghanaians are itching to write on social media about Black Stars winning AFCON for the first.

Black Stars have failed to glitter in most tournaments. Apart from Senegal 1992 where the team made it to the finals only to lose to Ivory Coast in a marathon penalty, Nigeria 1980, Ivory Coast 1984 where the team’s poor performance was described as ‘debacle’, Burkina Faso 1998 and Mali 2002 are few tournaments that have maltreated the Black Stars. What the team needs now to make amends and also to make this tournament a memorable one for us by winning it are grit, determination, discipline, desire and great mental fortitude to make it happen.

The perception is that, the continent has greatly missed the wave of frenzy celebrations that accustom Ghana’s triumph.

How will the Black Stars exorcise the ghost that has haunted them from winning the ultimate? If the Israelites used 40 years to journey from Egypt to Canaan, probably the Black Stars could end our trophy drought in Cameroon after 40 years.