Ghanaian youngster Justin Kumi has been named by Italian publication La Giovane Italia as one of the most promising young talents in the country’s youth division.

The project titled ‘The Under 19s We Believe In’ is the 10th edition of the magazine since its inception in 2010.

Kumi was selected among 450 youngsters from clubs in the U15 to U19 championships. 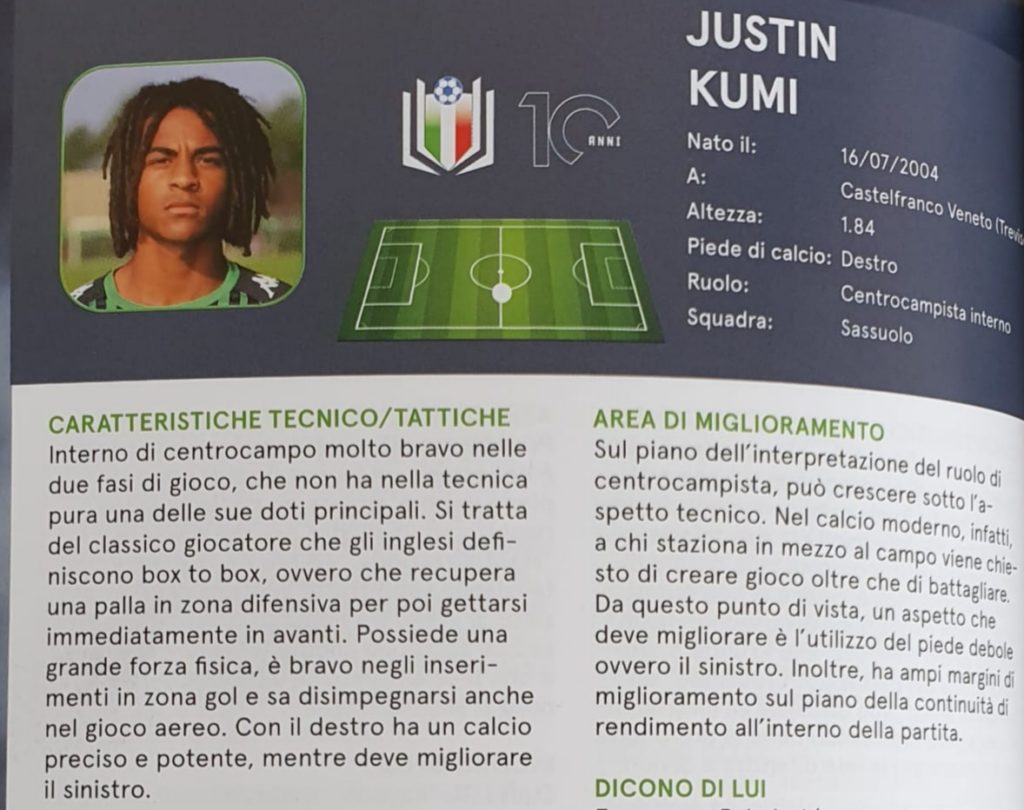 Justin KumiTechnical Ability: This is the classic player that the English call box to box. He recovers the ball and immediately throws himself forward. Great at scoring goals and good in the air. Hits a powerful and precise shot with his right foot.

Physical characteristics : He has a good physical structure and great strength, both in the legs and the trunk. Kumi has an organic resistance and good explosiveness. These skills help him to make the difference in both the defensive phase and attacking action.

Psychological makeup: Matured and responsible boy who is acquiring the culture of work in professional company year after year. With his positive attitude, he’s liked by both the coaches and teammates.

He is the only Ghanaian in the class of 2004 to be recognised by the magazine.