Kwabena Yeboah: “Kurt Okraku has exceeded my expectations, he deserves a great deal of commendation”

Kwabena Yeboah- President of the Sports Writers Association of Ghana- has heaped praises on the country’s football governing body’s chief for good job done so far under his leadership.

According to the veteran Sports Journalist, Mr. Okraku has exceeded his expectations since he took over from the CAF/FIFA Normalization Committee in October 2019.

Speaking on Kumasi-based Hello FM, Kwabena Yeboah said: “I think that the Ghana Football Association led by Kurt Okraku have done a wonderful job. And I think that Kurt has exceeded my expectations’,”

He added that: “I say this in the context that he took over the reign of Ghana football at a very very difficult time. This was after the Anas’ Expose where Ghana didn’t play for over one year. And then as soon as we started a new era CoVID-19 issues came in. So we went off for a very long time and for Kurt to come on board to organise our football to this level, Premier division, first division, second division, women’s league and to whip up that interest to this level and to bring back the love, I think it’s been wonderful. 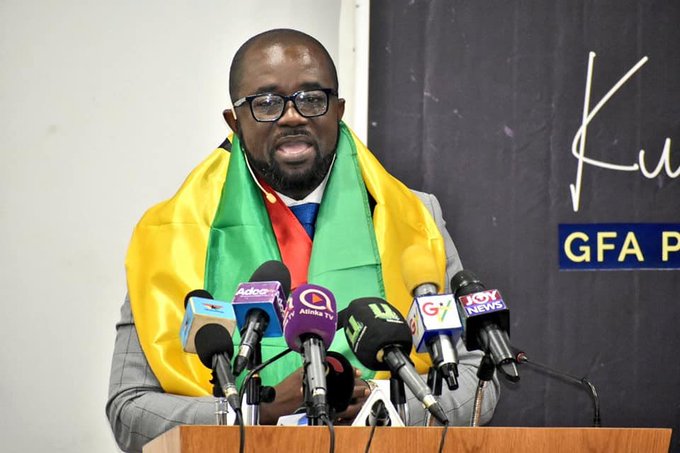 “Having said that, I have not suggested for a moment that it has been absolutely flourishing. I have had my criticism against him, in certain regard but I think that overall he deserves a great deal of commendation.

“I’m very very excited about what he has done so far and I am hoping that he would continue on this trajectory.” he concluded.

With Kurt Okraku’s two years in office so far, the Black Satellites have won both the 2021 WAFU and CAF U20 Nations Cup with the Black Stars also qualifying for next year’s AFCON in Cameron.

His administration has tasked the current Black Stars coach Charles Akonnor to conquer the continent next year in Cameron.