by ⚽
in Football, Ghana, National Teams
Reading Time: 1 min read
A A

GK Razak Abalora – 5/10 : was largely okay in goal until he committed an unpardonable mistake that led to a goal conceded.

RB Benson Annang – 6/10 : Was okay. He did not offered a lot to the team’s attacking play but defensively okay.

LB Baba Rahman – 6/ 10 : Scored a goal today. Was involved much in the attacking play. 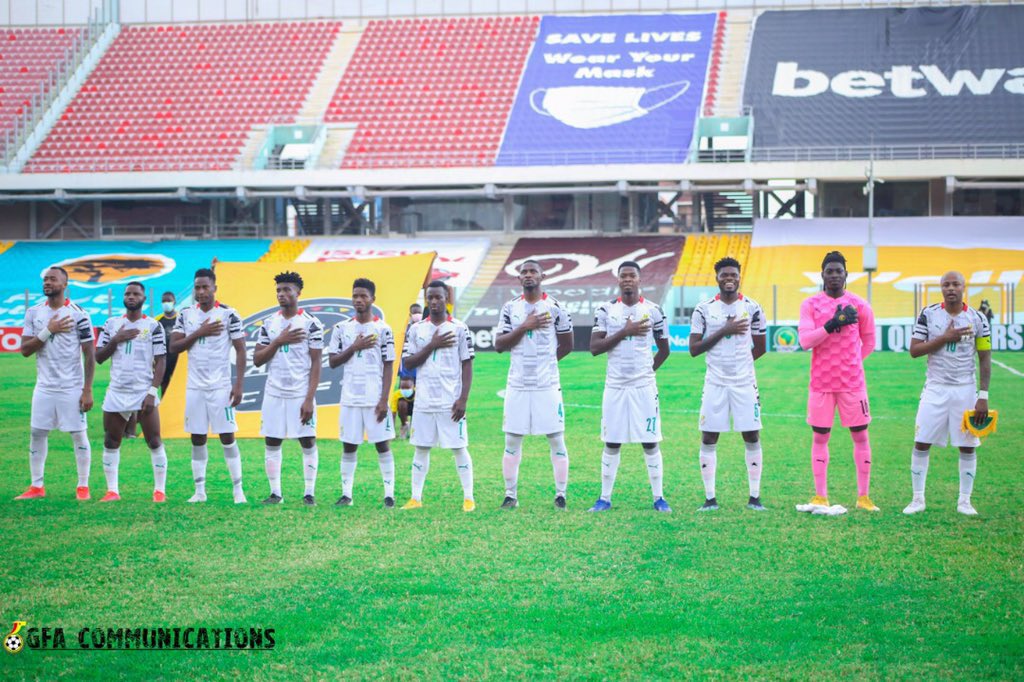 CM Wakaso Mubarak – 6/10 : Was not all over the place as this was a dead rubber.

AM Andre Ayew – 6/10 : The captain led his team after missing the South Africa game and was just good.

RM Kudus Mohammed – 8/10 : Created two goals today and was the main attacking force of the team.

CF Jordan Ayew – 7/10 : Was fouled for the Ghana penalty and converted it perfectly to reach 18 goals for Ghana.