Hearts of Oak claimed a 2-0 victory against ten-man JS Saoura of Algeria in the CAF Confederation Cup play-off first leg at the Accra sports stadium on Sunday.

Salifu Ibrahim put the Phobians ahead in the 16th minute with a brilliant diving header following a delivery into the area from the impressive Afriyie Barnie. Substitute Agyenim Boateng made it 2-0 in the 72nd minute on the service of left back William Dankyi. 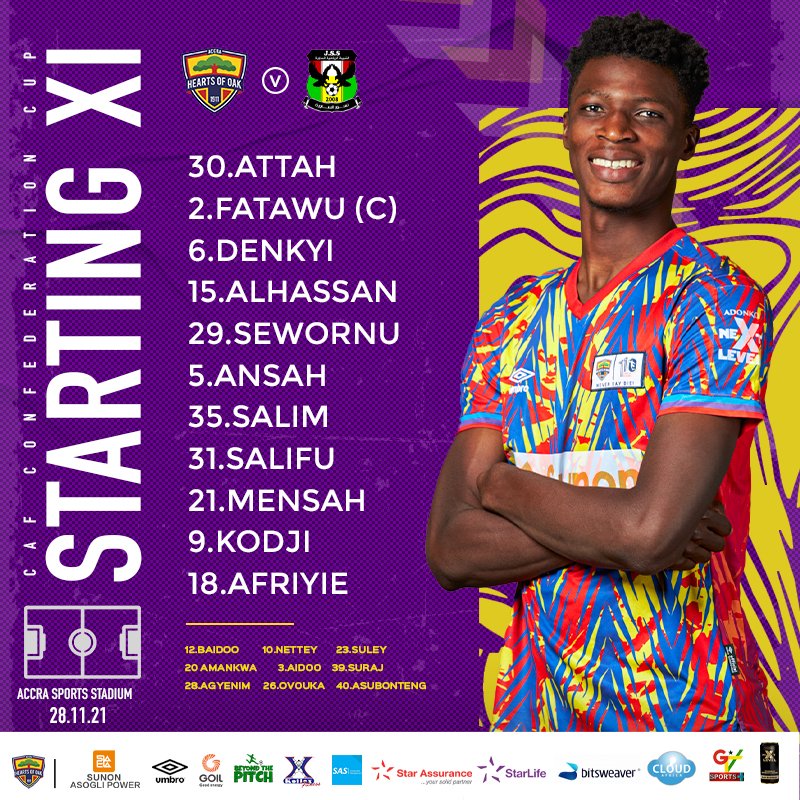 Saoura goalkeeper Zakaria Saidi was sent off in the 75th minute after receiving his second booking of the game. Saidi had come out of his area to challenge for a ball against Afriyie Barnie who managed to get the better of the keeper. With no option left , Saidi brought down the Hearts of Oak forward and the Egyptian referee Mohamed Abdel Hussein did not hesitate to brandish a second yellow to the Algerian keeper.

The Phobians could have won the game with more goals as the dominated their North African opponents for almost all the 90 minutes of the contest.

Barnie saw a 54th minute go wide, Kofi Kordzi’s freekick four minutes later was kept out by Saidi and Isaac Mensah’s effort in the 69th minute hit the side of the net.

The second leg is slated for next Sunday in Algeria and the winner of the tie advances to the group stages of the CAF Confederation Cup.