Elmina Sharks defeated Ebusua Dwarfs by 1-0 to register a second victory under new coach Odartey Lamptey AS Benjamin Boateng scored the only goal of the game from the spot.

Elmina Sharks defeated Asante Kotoko by the same scoreline for Lamptey’s first win in charge of the team of Papa Kwesi Ndoum. 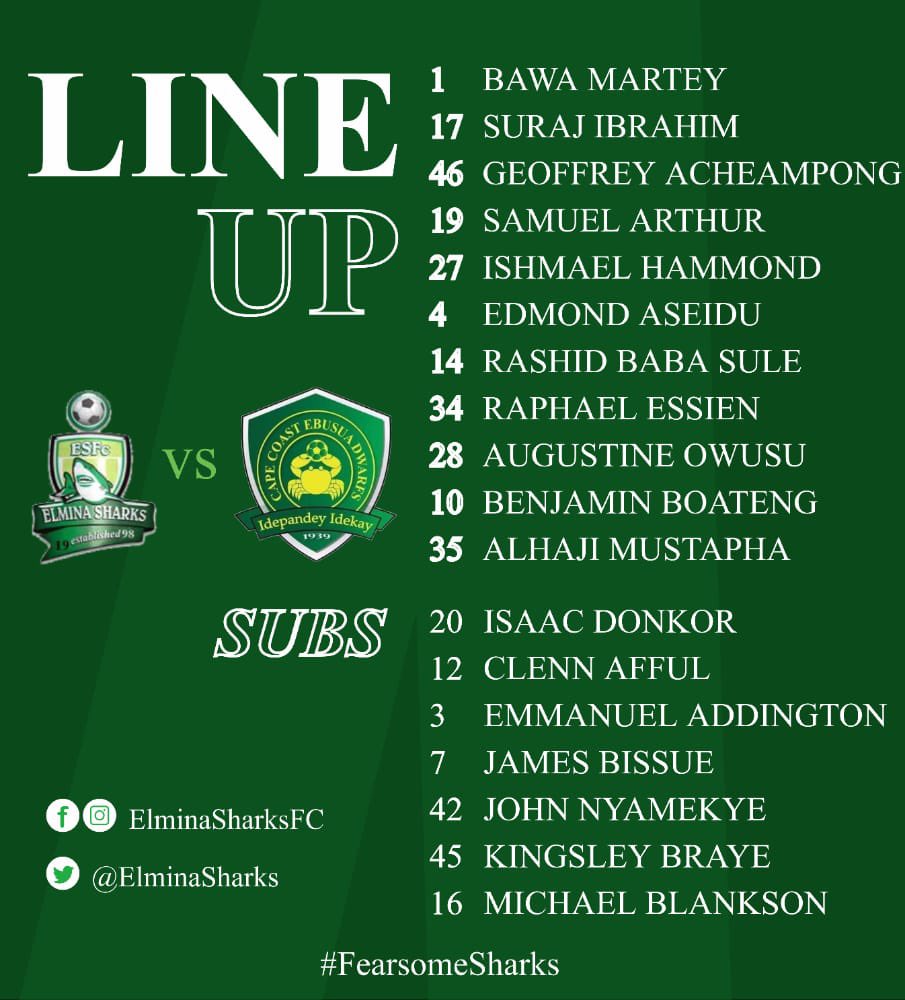