The fourteen-game unbeaten run of Ghana League champions Hearts of Oak came to an end at the Sogakope stadium as West Africa Football Academy (WAFA) imposed a 1-0 win over the Phobians thanks to Atte Yousifou’s freekick effort.

Yousifou scored the only goal of the goal through a freekick at the hour mark as Samuel Boadu and his players closed the league season with a defeat. 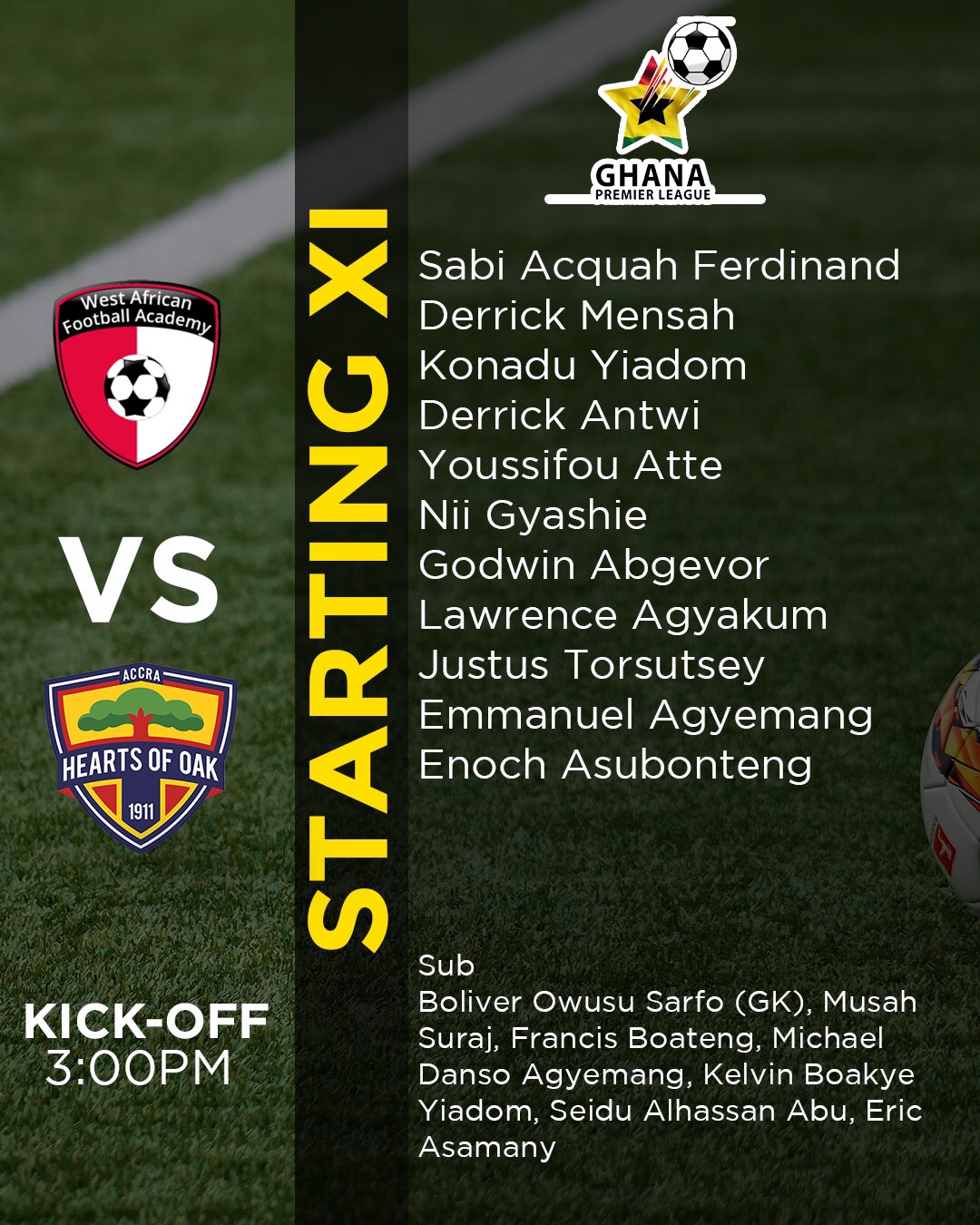 The defeat did not matter to the Phobians as they already have clinched their first league title since the 2008/09 success.