The Black Stars of Ghana will face Sudan on November 12th and 17th respectively in a 2021 AFCON Group C qualifier.

The first leg will be played at the Cape Coast Sports Stadium on Thursday, November 12th whilst the return leg is slated for Omdurman five days later.

Ghana Coach Charles Kwablan Akonnor will name his squad for the double header on Friday, October 30 via an online press conference.

SPORTSworldGhana.com takes a look at six new players who could make Akonnor’s squad for the games.

The talented centre back might be able to make Akonnor’s squad as he has been among Ghana’s most consistent players in Europe for some time. He has made seven appearances so far this season with three of them coming in the Uefa Champions League. 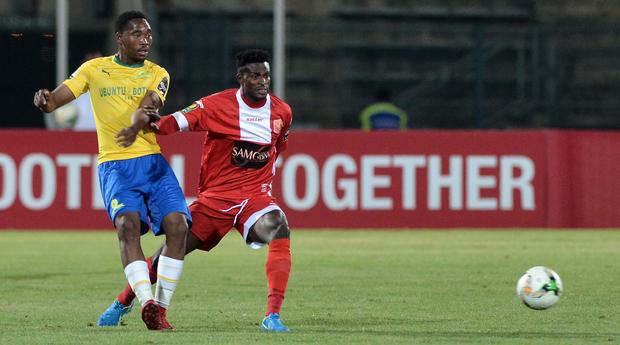 The experienced central defender has been among the best guardsmen on the African continent. He has been ever present in the Horoya set up both in their domestic as well as Africa campaign putting up superb performances.

The 22-year-old holding midfielder has been extraordinary so far this season by putting up some decent performances. Owusu who was born in France and is eligible to play for the European nation has made featured ten times for Gent this season with three of them coming in the UEFA Champions League. He was recently named as the best passer of the ball in the Belgian Jupiler Pro League.

An extravagant deep-lying playmaker with an eye fir the final pass, Majeed has made his mark at Redbull Salzburg over the years. This season for instance, he has made eight appearances in all competitions and his output in midweek against Atletico Madrid in the UEFA Champions League tells it all.

With the absence of his former team mate Mohammed Kudus, Atanga who can operate in midfield and in attack can be called into the fray. The 20-year-old youngster has made six appearances so far this season scoring one goal.

The 6 feet 5 inches striker can make the cut for both games as he continues to adapt to the Turkish Superliga. He has made four appearances for Yeni Malatyaspor scoring one goal but his general output has been superb.