The Executive Council of the Ghana Football Association on Monday 31st May, 2021, agreed to the request of Charles Akonnor for the appointment of a second Assistant coach to further strengthen the technical team of the Black Stars.

The new coach, Patrick Greveraars, a Dutch international, is a UEFA A-License holder with over 25 years of worldwide top football experience. Former Ghana U-17 head coach David Duncan will now work as the second deputy coach.

Below is all that you need to know about Patrick Greveraars:

The 45-year-old Dutch was born in the city of Eindhoven and studied at the CIOS in Sittard . At a young age he became interested in the coaching and tactical aspects of football.

Greveraars joined PSV in 1995 at the age of 20, as a youth coach. He stayed with the club for a total of twelve years and worked there with some famous coaches like Remy Reynierse , Pim Verbeek , Guus Hiddink , Ernie Brandts , Erwin Koeman and Leon Vlemmings.

He was also the first replacement and assistant of Fred Rutten , who was head of youth education in those years.

In 2007 he moved to FC Porto , where he became coach of the second team and assistant to Jesualdo Ferreira in the first team.

Here he was fired in November 2010 after a difference of opinion in the team’s strategy.

In 2011 he started the trainer/coach course of the KNVB , after which he assisted Jurgen Streppel as an assistant coach at Willem II in 2011.

After this he did an internship as part of the course at Fiorentina , Lazio Roma , Inter , Atlético Madrid , Levante , AEK Larnaca, Fulham FC and Besiktas.

After completing his training, Greveraars became advisor for his former colleague Rutten. In 2012 he was approached by Rutten to become a technique trainer at SBV Vitesse. 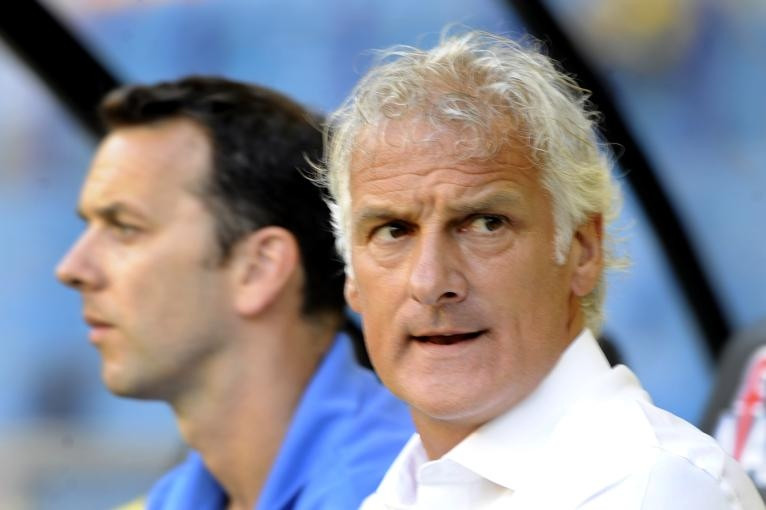 Patrick Greveraars (left) was a trusted associate of Rutten (right)After Rutten left the Arnhem club after a season, Greveraars’ contract was not renewed.

On May 22, 2014, Greveraars signed a one-year contract with Feyenoord , where he again worked under Rutten as an assistant and technique trainer for the first team.

After Rutten was fired on May 17, 2015, after ending the regular season, Greveraars also left the team from Rotterdam.

Rutten signed a contract with Al Shabab in May 2016 , which appointed Greveraars as his assistant a month later.

In October 2018 he became assistant to Jurgen Streppel at Anorthosis Famagusta . In 2019 he followed Streppel to Al-Jazira.