by ⚽
in Ghana
Reading Time: 2 mins read
A A
0
SHARES
Share on WhatsappShare on FacebookShare on Twitter

Antonio Conte insists he is too experienced to be drawn into a war of words with Jose Mourinho after the Manchester United manager accused Chelsea of winning matches with defensive football.

Mourinho delivered a back-handed compliment to his former club after United’s 2-0 win over Watford on Saturday, claiming that Chelsea will go on to win the Premier League title because they are “a very good defensive team” who have succeeded with “counter-attack goals and set-piece goals.”

But after watching his Chelsea team held to a 1-1 draw by Burnley at Turf Moor on Saturday, Conte was in no mood to respond.

“I don’t like to reply to the other coaches,” Conte insisted, when asked about Mourinho’s comments. “I don’t like this joking. He’s playing. I have the experience to understand this.”

Chelsea extended their lead at the top of the Premier League to 10 points despite only their third draw of the season, though Manchester City can narrow the gap to eight if they beat Bournemouth at the Vitality Stadium on Monday night. 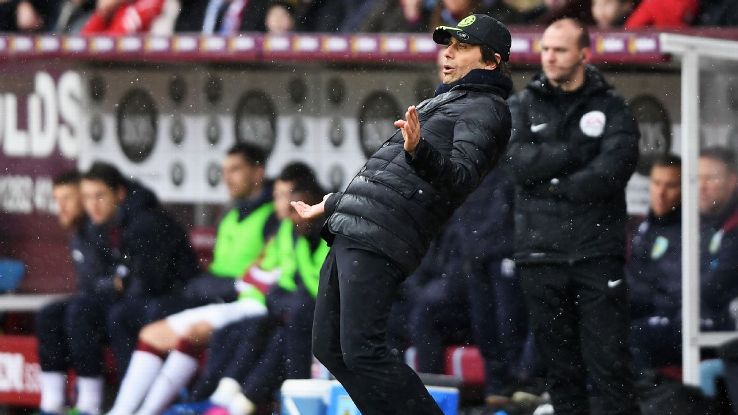 “If someone thinks this league is finished, for me I can tell you no,” Conte insisted. “There are six teams for me that can win the league. Anything can happen. We must continue to work in this way, to try to find a way to win in the same way that we tried today.

“I am disappointed because our mentality is that we must always try to win, we tried to do this today but sometimes we must understand that there are tough games.

“This game was very tough. I’m disappointed for the point, not the commitment and the fight and will to try to win the game. I like to win and to always take the three points.”

Coach Enos Adepa hopes for a ‘miracle’ to qualify