Can Algeria become the first AFCON winner to defend their title since Egypt side of 2006 -2010?

No team has been able to win consecutive Africa Cup of Nations titles since the great Egyptian side of 2006 – 2010.

Since that period no side has been able to defend their title and we ask whether you think the current Algeria side coached by Djamel Belmadi us capable of achieving the defeat at the AFCON 2021. 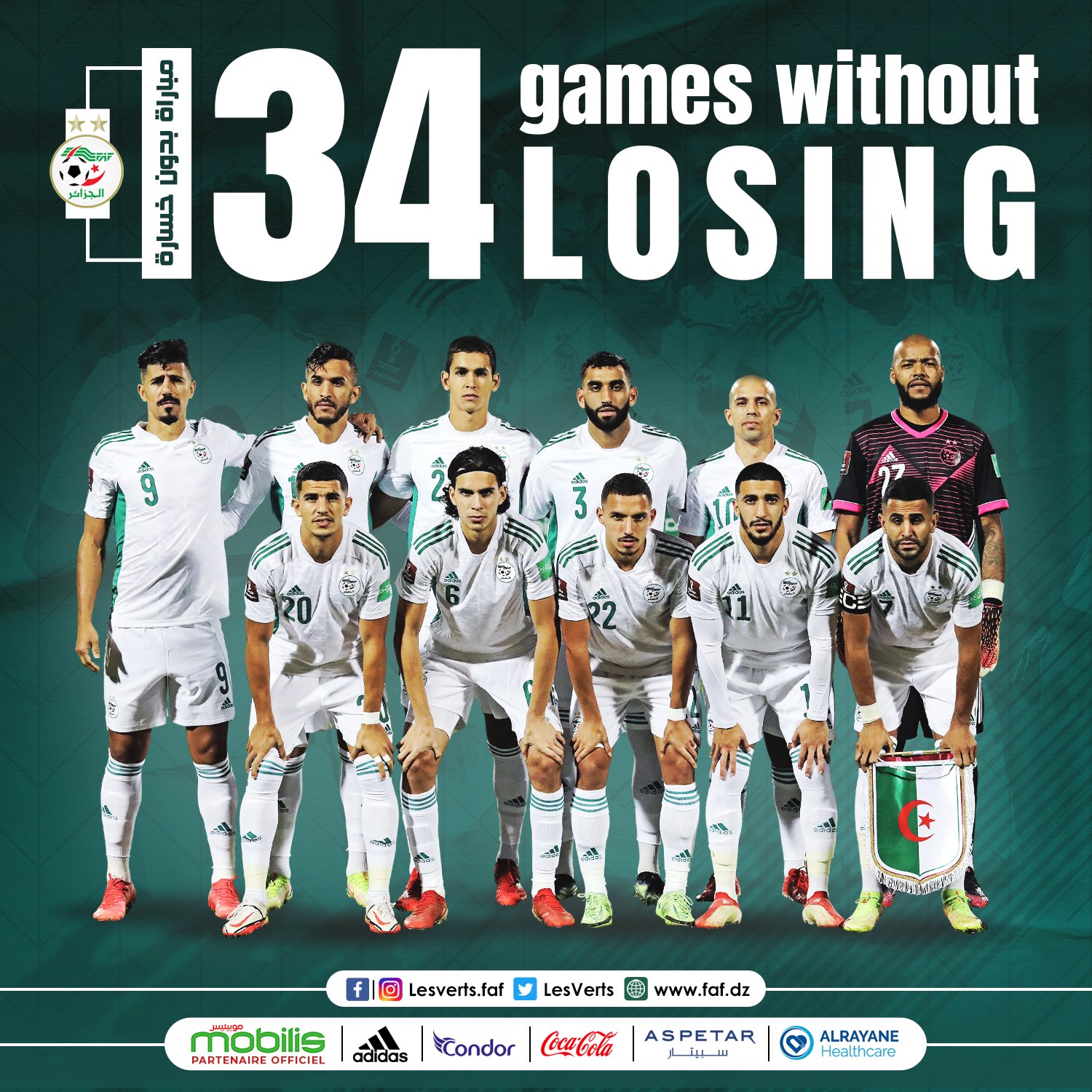 The Greens are currently on an unbeaten run of 34 matches – a record in African football – and could match the global record of longest unbeaten run held by Italy (37 matches).

Algeria open their tournament against Sierra Leone on Tuesday January 11, against Equatorial Guinea five days later before taking on the Ivory Coast in a match of the group on January 20.