Hearts of Oak were held to a 1-1 drawn game at the Accra Sports stadium by Aduana Stars during Week Three of the Ghana Premier League as defender Mohammed Alhassan was sent off.

Kofi Kordzi put the home side ahead in the 9th minute before Bright Adjei scored from the spot in the 89th minute after Aduana Stars were awarded what appeared a soft penalty.

Kordzi received a clever pass from Salifu Ibrahim and made the most of it in the area slotting the ball past goalkeeper Joseph Addo but Hearts of Oak failed to score more goals. 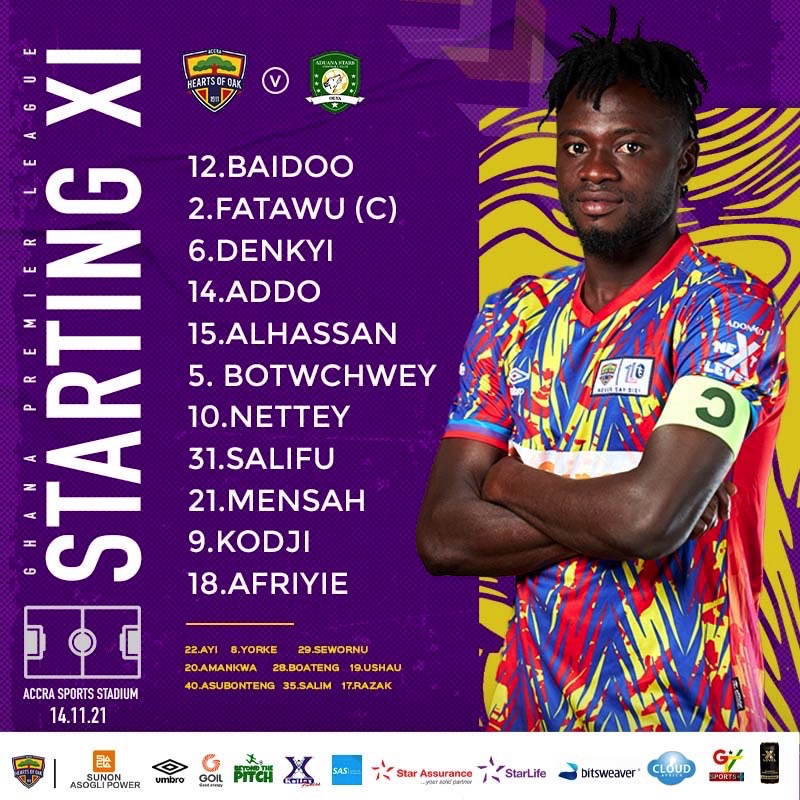 Defender Alhassan was sent off after he was adjudged to have fouled Adjei in the area for a second bookable offence.

The champions are this without a win in three games this season.