Medeama striker Abass Mohammed was voted Most Valuable Player in his side’s 2-1 win over Inter Allies on Sunday.

The former Kotoko striker scored in the 51st and 64th minutes to help his team go past Allies at the Akoon Park.

The striker has now scored three goals and has made one assist since his return to Medeama meaning he is joint-leading goal-scorer of the Yelllow and Mauves alongside Agyenim Boateng on three goals each. 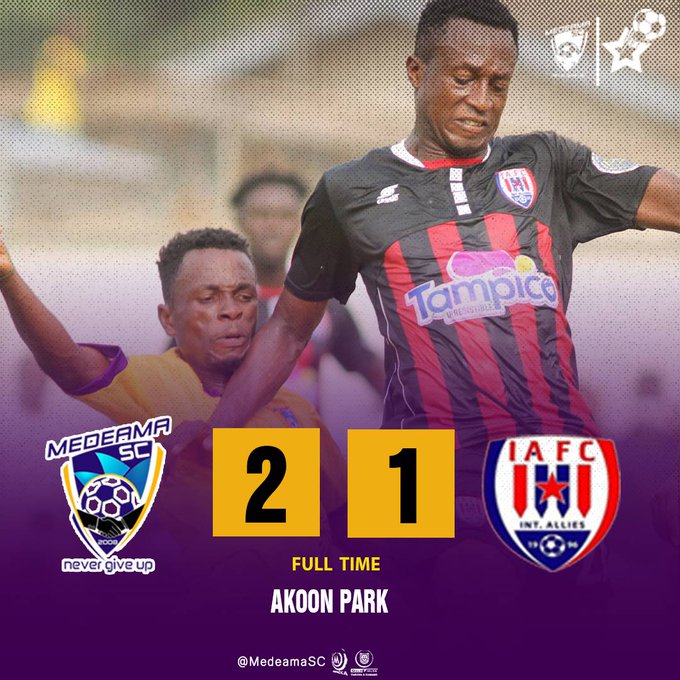