by Gariba Raubil
in America, Europe
Reading Time: 2 mins read
A A
0

From the Publisher : MARADONA is the definitive new biography of a true global icon, from world-renowned football writer and journalist Guillem Balague.

Diego Armando Maradona was widely acclaimed as a genius. One of the greatest footballers of all time, he was also one of the most controversial.

The book sells for 20 Euros per copy.

In an international career with Argentina he earned 91 caps and scored 34 goals and played in four FIFA World Cups. With his unforgettable ‘hand of God’ goal and unsurpassed second one in the 1986 quarter-final against England, he captained his nation and led them to victory over West Germany in the final in Mexico. His vision, passing, ball control and dribbling skills, and his presence and leadership on the field, often electrified his own team’s overall performance.

Maradona’s club career included dazzling spells in his own country at Argentinos Juniors, Boca Juniors and Newell’s Old Boys, and in Europe with Barcelona, Napoli and Sevilla. Yet his life was one of relentless media attention, including tales of drug abuse and constant health issues. Based on in-depth interviews and first-hand stories, Guillem Balague’s masterly biography represents a psychological and sociological approach to the legend. 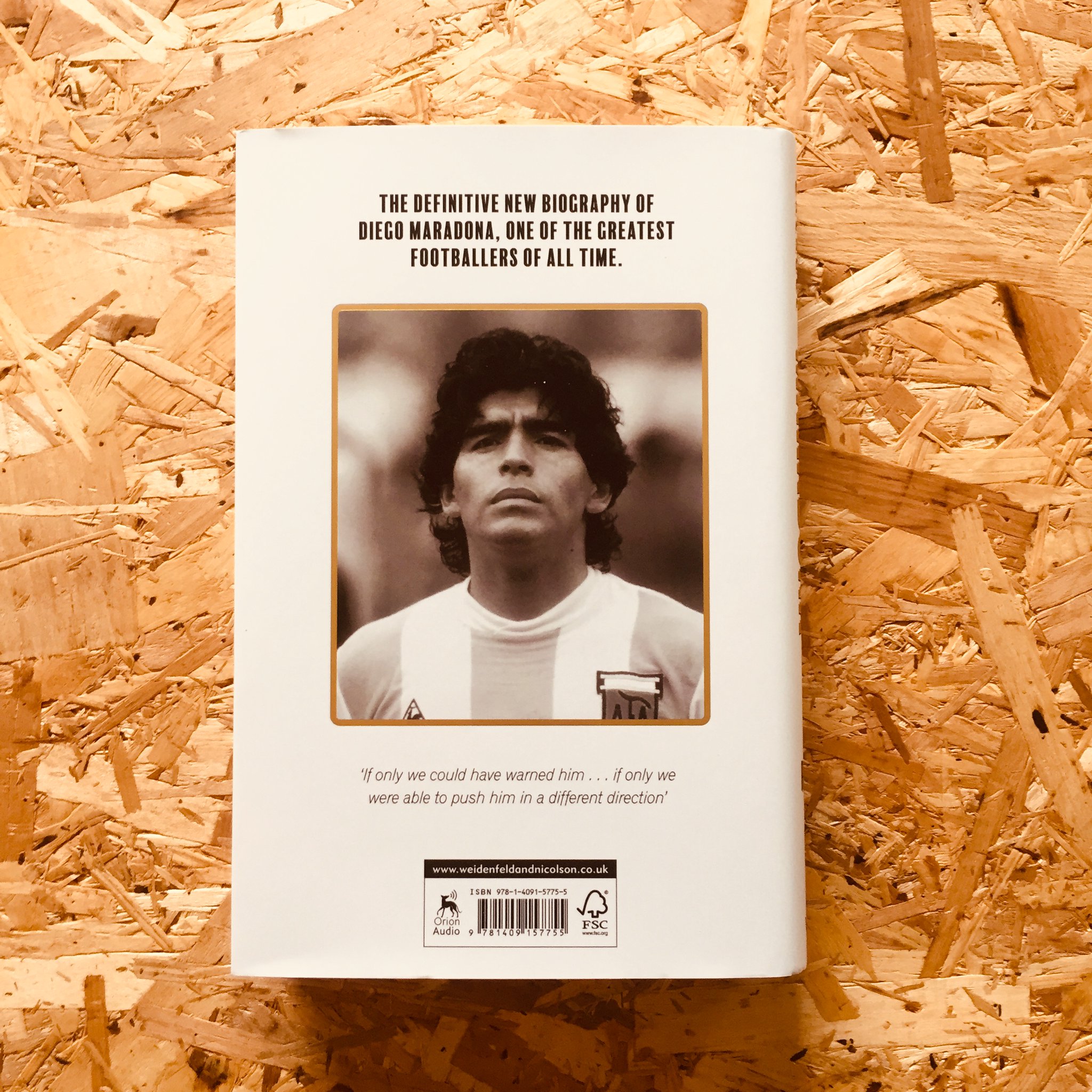 This journey of exploration takes Guillem to Argentina, Spain, Italy and Dubai. Along the way, he asks what fosters such adulation, and how this adoration engendered a self-destructive personality. Even after his untimely death in 2020, Maradona continues to fascinate: his divine status seemingly preserved for ever.

He is the author of A SEASON ON THE BRINK – A PORTRAIT OF RAFA BENITEZ’S LIVERPOOL (2006); the first biography of PEP GUARDIOLA (2012); MESSI (2013); CRISTIANO RONALDO (2015), the Football Book of the Year at the Cross Sports Book Awards; and the bestselling Brave New World – INSIDE POCHETTINO’S SPURS (2017). He is chairman of non-league Biggleswade FC, and lives in Hitchin in Hertfordshire.