by Gariba Raubil
in Football, Ghana, Premier League
Reading Time: 1 min read
A A
0
0
SHARES
Share on WhatsappShare on FacebookShare on Twitter

Head coach of Ebusua Dwarfs Ernest Thompson has maintained his opinion of Asante Kotoko playmaker Fabio Gama reiterating that the Brazilian is not any extraordinary talent.

‘Gama is not any extraordinary player. We have several players here in Ghana who are of the same quality as him.” Ernest Thompson told Fox FM in Kumasi ahead of the game.

Dwarfs were beaten 1-0 at home by the team of Johnson Smith as Fabio Gama played 67 minutes of the game at the Cape Coast stadium.

“The kitchen was too hot for Gama and you saw it. That is why he was taken off. I said it before the game and  am justified.” Thompson said. 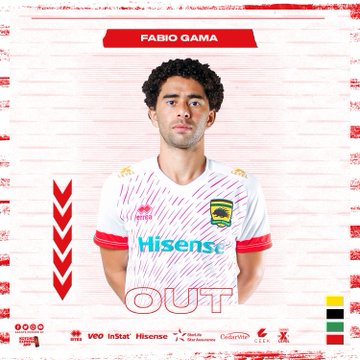 “Before the game I said that we were going to neutralize some of their players and you can see that Kwame Poku was a passenger in the game.

“I am very proud of my boys. They performed well but we lost at the end. But I am happy with the performance” he added.