Asante Kotoko opened the Ghana Premier League season with a superb victory over Dreams FC at the Accra sports stadium, coming from a goal down to win 3-1 at full time.

And for me, this was a proper start for new coach Prosper Ogum Narteh.

His introduction of midfielder Richard Boadu into the game, to replace Fabio Gama, underlined his tactical genius. The impact of this change was instant as the Porcupine Warriors regained control in midfield and when a player like Isaac Oppong entered the game, Kotoko started causing too many problems for their hosts who could do nothing hut surrender.

People are right to say that Dreams are the bogey side of Kotoko. They have always been beaten by the Reds (back to back last season) but Saturday’s victory is spectacular. To come from pre-season in Dubai without a win against lower tier sides, the spotlight was always on them and they delivered to prove, for the time being, that they didn’t go the Gulf to party.

What was key to the success of the team was that the match was won from the bench. Oppong (pictured below) came off the bench to provide two assists and scored to put his team 2-1 up. Credit to both the player and the manager. 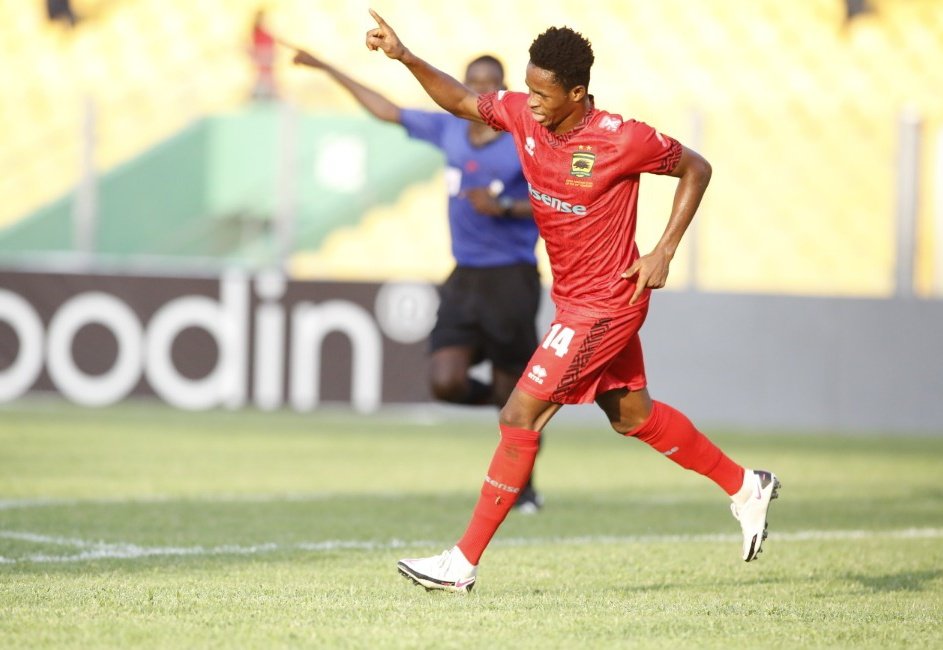 For Prosper Ogum, whilst this was a great way to start a new job, the bigger games are yet to come and he will be expected to deliver more great results like the one on Saturday.

Full time : JS Saoura 4 Hearts of Oak 0 : Phobians are out of Africa after another spanking