League leaders King Faisal will be put to test by Accra Lions on Wednesday when the two sides clash on Match Day 8 of the Ghana Premier League at the WAFA Park at Sogakope.

The game which was originally scheduled for the Accra Sports stadium has been moved to Sogakope due to the unavailability of the national stadium. Accra Lions go into the game on the game badly bruised following last Sunday’s 3-0 loss to Karela United at Aiyinase.

The newly promoted side have won two, drawn one and lost four in the on-going season and sit 13th in the log with 7 points. On Wednesday they will confront the League leaders – King Faisal who have bagged 16 points after 7 matches.

The Insha Allah boys have built a strong reputation for themselves this season having scored 10 and conceded 4 across competitions.

Asante Kotoko will host Real Tamale United at Baba Yara stadium at 6pm while inform Ashanti Gold play host to Aduana FC at the Len Clay stadium. Accra Great Olympics will kick start the day with a game against Bibiani Gold Stars at the WAFA Park at 10am.

Find below the full fixtures for Match Day 8: 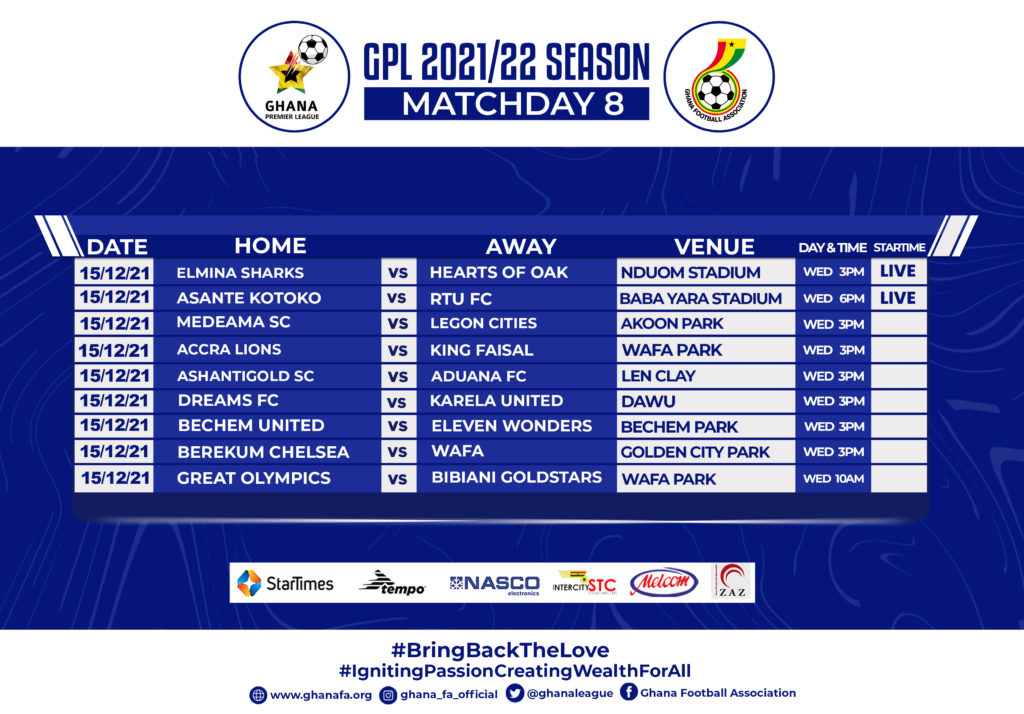