Hearts of Oak did it !

by Gariba Raubil
in Ghana
Reading Time: 2 mins read
A A
0

I am not going to pretend as if I expected Hearts of Oak to whip Wydad Athletic Club (WAC) by 3-0 or 4-1 on Sunday and so the final result (1-0) was indeed one of my expectations. A slim margin win and that is exactly what the Phobians earned. Fair outcome.

Before the game WAC , who are reigning champions of Morocco , were unbeaten in five league matches this season in their Championship having conceded just two goals, scoring eight times. Four wins and a draw.

Again their most recent record in the Champions League stood at 1 win, 3 draws and 1 defeat and so I knew they were definitely not going to be like CI Kamsar who were largely dominated by the team of Samuel Boadu. We are talking about a club that has two Champions League honors.

After the 1-0 victory the discussion has already began regarding the qualification chances of Hearts of Oak ahead of the reverse match in Casablanca.

The Phobians were not necessarily brilliant but they got the job done because the most important task was to win and keep a clean sheet. That has been achieved. I am sorry if you thought that Hearts of Oak were going to easily run over the Moroccans. That was least expected. 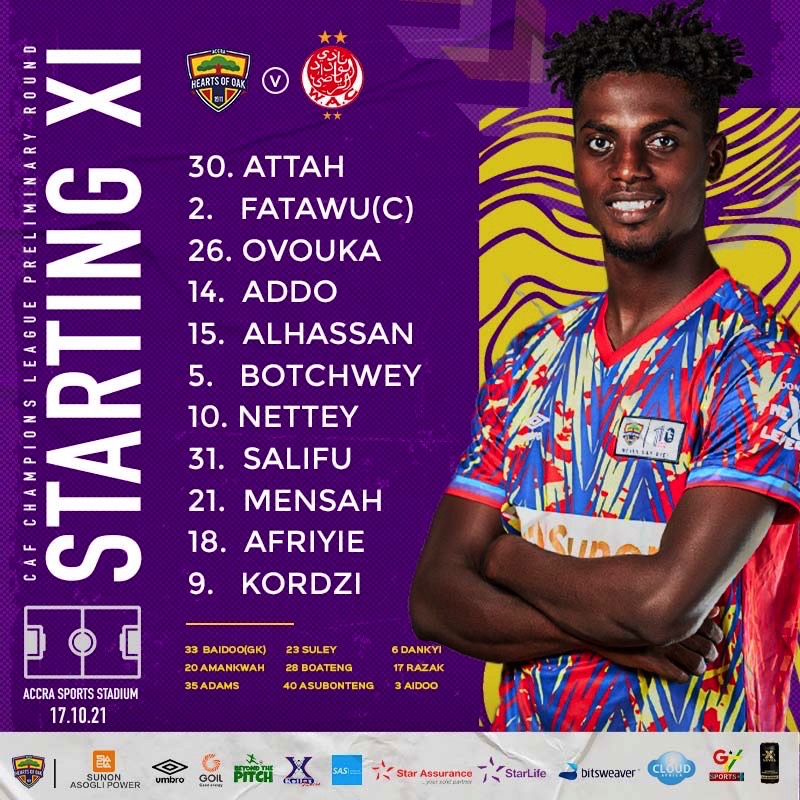 I didn’t like the performance of Fatawu Mohammed. For instance his two poor passes in the first and second halves could have resulted in a goal for the opponent. He was not at the level.  Frederick Ansah Botchway, playing in a more advanced role at the start of the first period,  gave the ball away too many times. I thought Nettey was okay in his deep midfield role and Salifu given the licence to roam compensated his low-key show with that assist cross for Isaac Mensah.

Mensah who scored the goal was a passenger for most parts of the game even though his goal proved to be the most decisive action of the afternoon. Kofi Kordzi , for me the best Hearts of Oak player of the match. He did his job well.

The defensive duo Mohammed Alhassan and Robebrt Addo also shone except at the start of match and the towards the end where WAC found pocket of spaces to exploit and saw a goal correctly ruled off-side respectively.

In the end it is to be hoped that we see a Ghanaian club in the group stages of CAF Champions League since Berekum Chelsea in 2012.

Everything shows that the return leg is going to be tough. WAC haven’t been eliminated from the Second Round of the competition since 2007 when ASEC Mimosas took them out.