FC Barcelona failed to go top of the La Liga table as they were held to a 3-3 draw at Levante who are 13th placed on the league table.

Atletico de Madrid still are on top on 77 points with three games to close the season whilst the team of Lionel Messi and friends are on 76 with two games remaining. Real Madrid who have three more games are on 75 points at the 3rd place now. 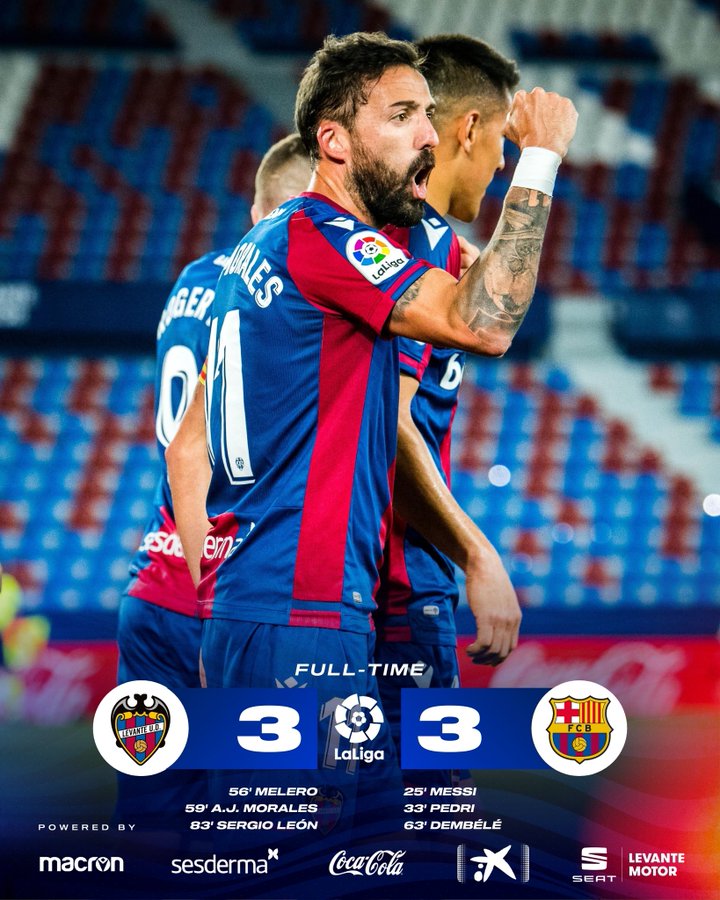 The six-goal thriller started with a Messi goal to put Barca ahead on 25 minutes before Pedri increased the tally ten minutes later to close the first half at 2-0 for the Barcelona.

But Levante staged a great second half scoring twice in two minutes – in the 57th and 59th – to bring the game to 2-2.

Ousmane Dembele put Barca ahead again in the 64th minute but Levante were not done yet as Sergio Leon equalized seven minutes from time.