by Edmund Okai Gyimah
in Ghana
Reading Time: 1 min read
A A
0

Midfielder Sulley Muniru has thanked the Kumasi Asante Kotoko fraternity after his short stint with them came to an end on Friday.

The talented central midfielder joined the Reds on a two-year deal but with a clause that he will be released if any foreign deal comes. 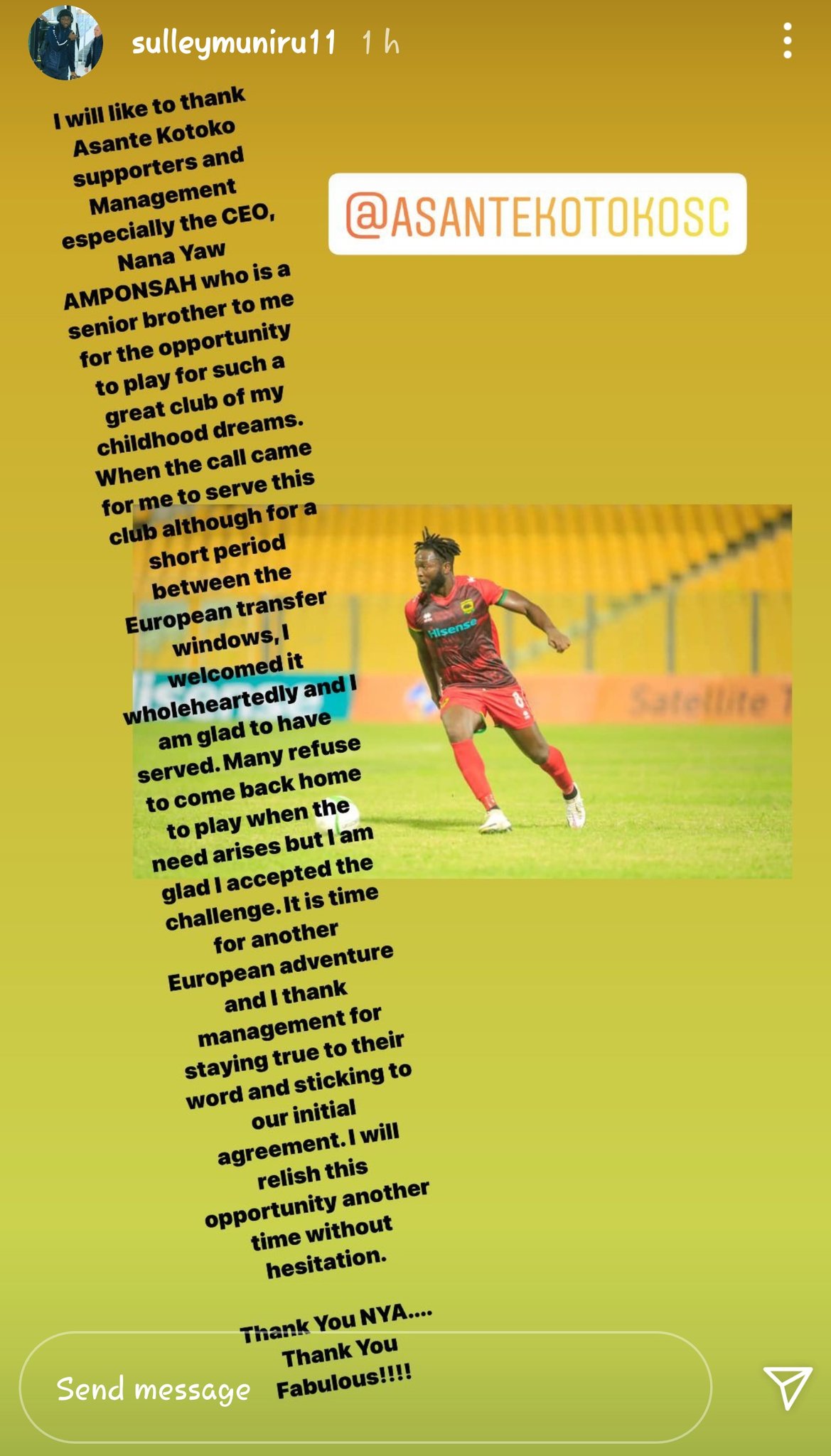 Muniru is on his way back to Europe and he has commended the Kotoko fraternity especially CEO Nana Yaw Amponsah for sticking to his words to make him move if any deal abroad comes.

SPORTSworldGhana.com understands that he player has received several offers from Serbia, Turkey, and Belgium with one of them set to be finalised next week.