What an individual performance !

He is a special player at Olympics – not only this season but the one before this current campaign. The Wonder club had Gladson Awako – without a doubt a quality footballer – but the most important and consistent player was Abbey Quaye. His 9 goals was the most for Olympics in 2020/22 and aside the goals he hardly walks during matches.

Playing as one of the attackers in the 4 – 3 – 1 -2 of Olympics, his first goal was an absolute beauty. He received a short pass from Ibrahim Sulley some meters away from the edge of the Lions box and having seen the position of the goalkeeper Appiah Kubi, he delivers a long-range curler that hit the inside of the right goal post before going into the net to put Olympics 1-0 up at minute 21.

Lions equalized in the second half from a corner kick and with the game tied at 1-1, Kubi mistakenly passed the ball to Abbey who was lurking on the edge of the box to deliver a superb lob over the goalkeeper to make it 2-1 for Annor Walker’s team. You do not presents gift to a killer.

Olympics continued to dominate their debutants opponents and in the 68th minute Appiah Kubi became a Abbey’s victim for the third time but from the spot on this occasion. It was the intelligent Abbey who was brought down in the box and at this point everyone knew a hat trick was in the making and it was exactly so.

This certainly goes down as the best individual performance of any player this season. 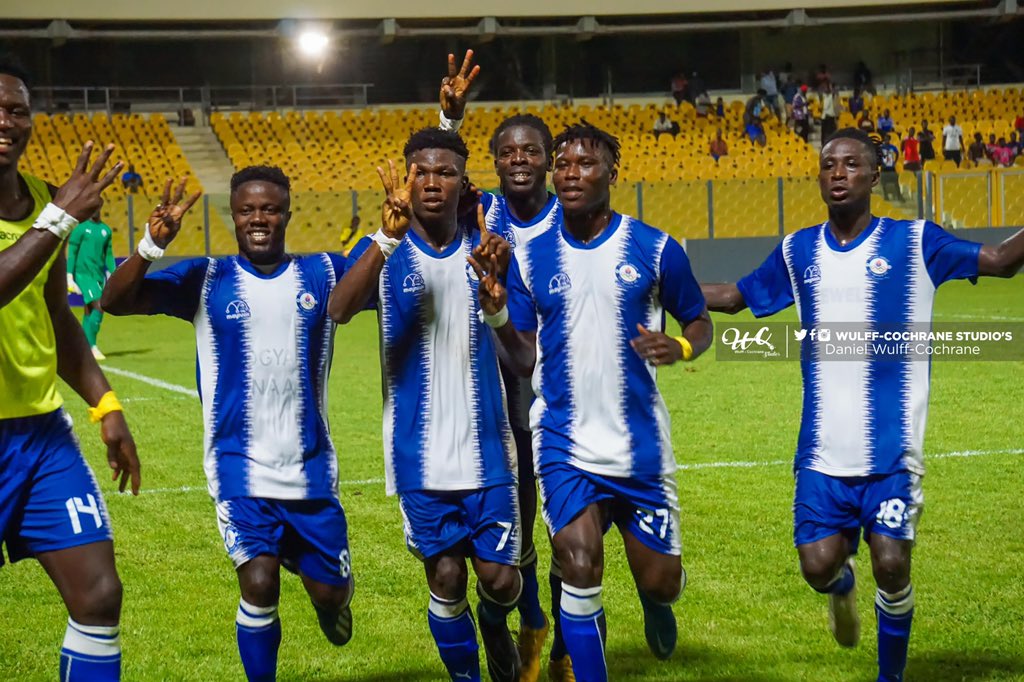 Italy : Shevchenko is the new coach of Caleb Ekuban at Genoa